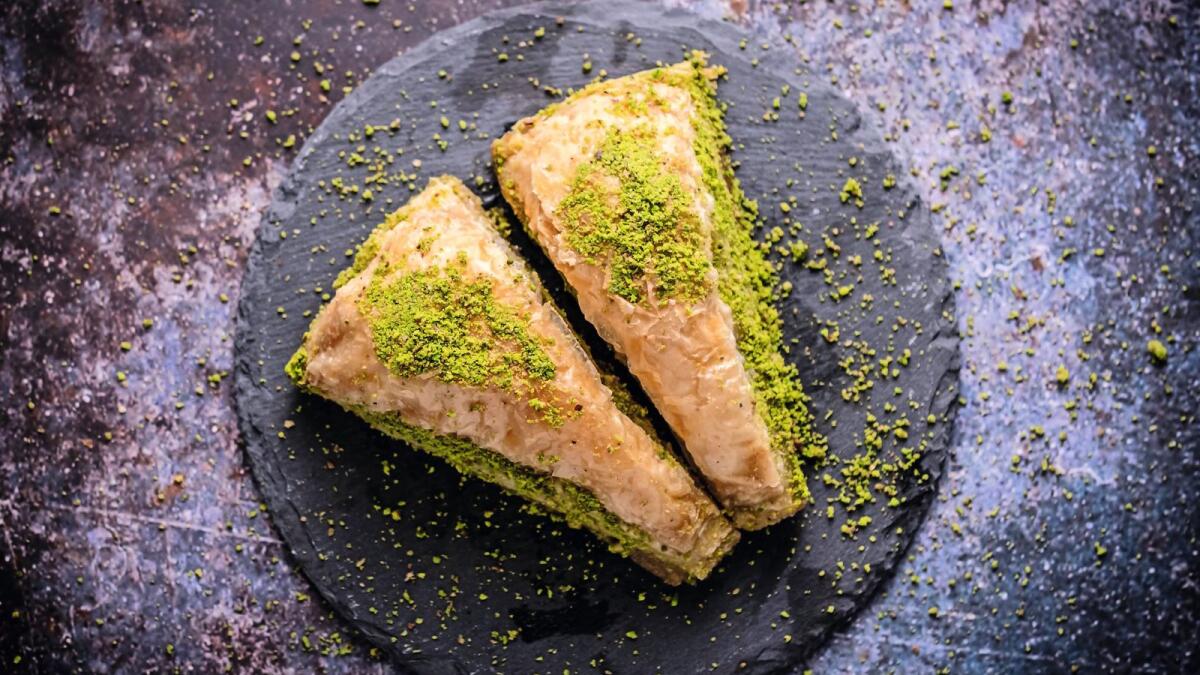 Like many other culinary dishes, most Turkish desserts have a story to tell. Steeped in cultural heritage and drawing in a variety of influences from around the Arabic and European world, each dessert often has a meaning or local urban legend behind its recipe. They also stem from the Ottoman kitchen and even further back to the eastern Nomadic Turk tribes.

For anyone who has a sweet tooth, the varied range of Turkish sweets and desserts have an international reputation for excellence. Since Türkiye is a nation that wholeheartedly takes food flavors seriously, their taste is strangely addictive. While some unique recipes to Türkiye may seem a strange combination of flavours, others are closely related to western versions using the same ingredients. While you can make some of the tasty sweets at home but you haven’t lived until you have got them straight from the vendors.

If you asked someone from Türkiye to name a dessert, Baklava would probably be their answer. Türkiye’s love for dessert and sweets would be incomplete without a mention of baklava. The ingredient is flaky filo pastry, pistachio and sweet syrup that can overwhelm anyone with a sweet tooth. Many regional variations exist, but Turks agree the best comes from the Gaziantep. 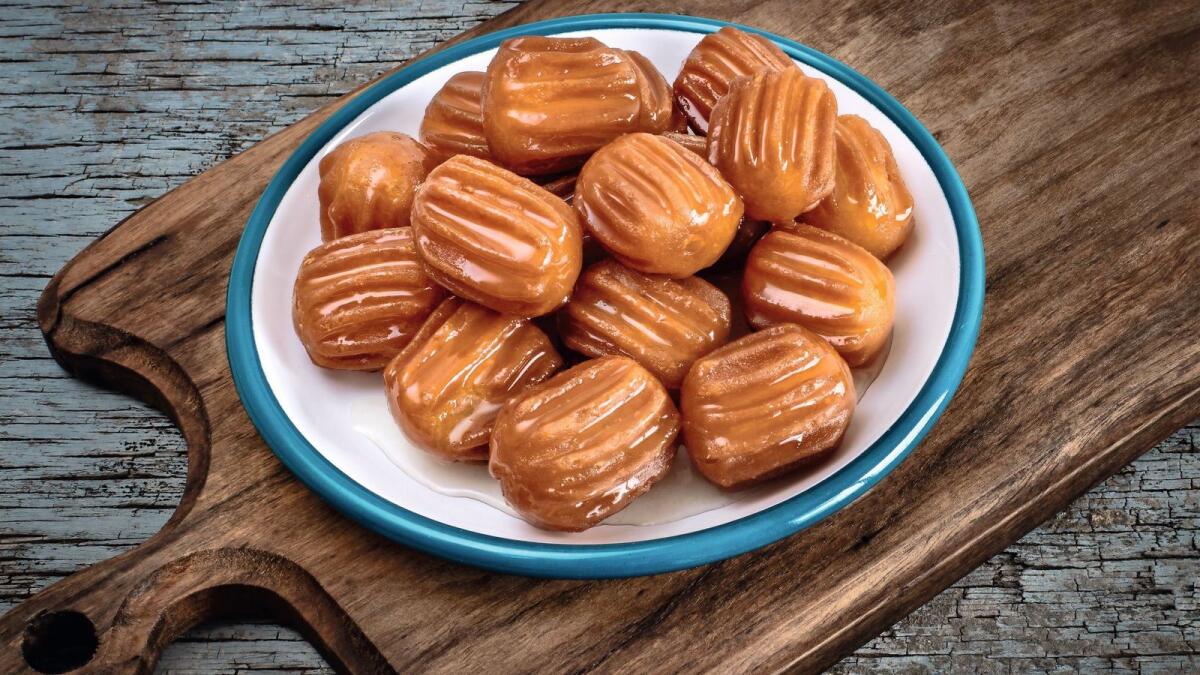 Turkish foodways are famously celebrated for their richness and diversity, including ethnic regional specialties and modern cosmopolitanism. But for Westerners, the savory food tends to eclipse the sweets, which are perhaps even more culturally and historically significant. Sweets are both an important feature of daily life and an entrenched part of religious and secular rituals.

Scented with rose water, citrus, jasmine, cherries, quince and saffron; suffused with spices; and often drenched in fragrant syrup or topped with luscious cream, they are just as sublime and intricate as any of the fancy French pastries that are hard to resist. Another favorite stemming from the Ottoman Empire kitchens, tulumba appears in many other countries ruled by the former dynasty. It is a deep-fried dough batter soaked in sticky sweet syrup, which is popular on summer evenings when sold by street cart vendors.

The rise of a sweet era 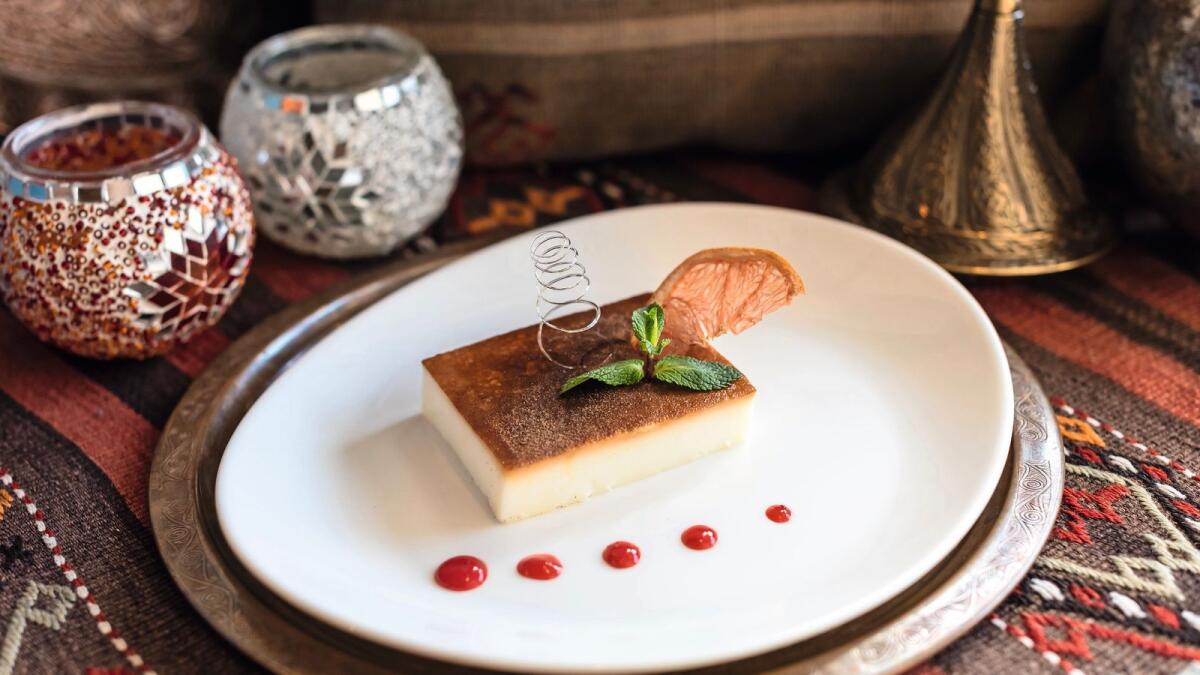 Every social occasion had a dessert associated with it. One of the oldest Turkish dessert categories of Central Asian origin consists of milk puddings. It includes all manner of rice puddings as well as delicate custards with crème brûlée-like burned bottoms.

Then there is Kazandibi which is a baked burnt pudding. Sold in many coffee shops and bakeries the recipe starts with several glasses of milk, mixed with sugar, rice flour, and corn-starch. The mixture is cooked and butter is added to it. The batter is then baked on parchment paper sprinkled with sugar and cinnamon hence the burnt crust. When cooled, it is turned upside down, rolled and cut into thin slices. Some are extraordinarily unusual, like tavuk gogsu, a chicken-breast pudding in which the meat is finely shredded into threadlike strands before being stirred into milk.

oh not so common 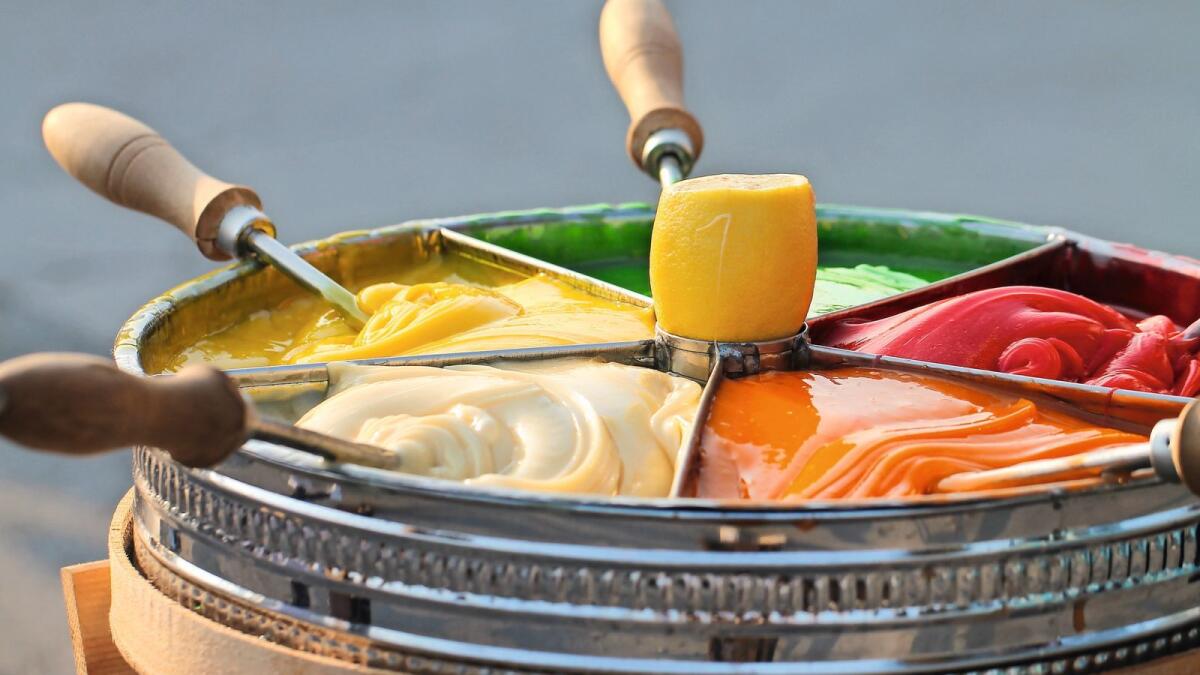 The exotic fantasy of desserts from Türkiye is the mingling of various cultures in the Ottoman empire. As another time-honored Ottoman classic, Osmanli Macunu is not available on regular days. The not-so-famous yet tasty dessert appears only during the festivals and on special days, and the vendor dresses up in unique Ottoman costumes. The vendor stands in front of a large pot, with five different colored sticky syrups. They then whirl them onto a long stick. During the Ottoman times, the sticky mixture was used for healing purposes because there were natural spices and herbs in it like cinnamon, ginger, orange, lemon, and mint. 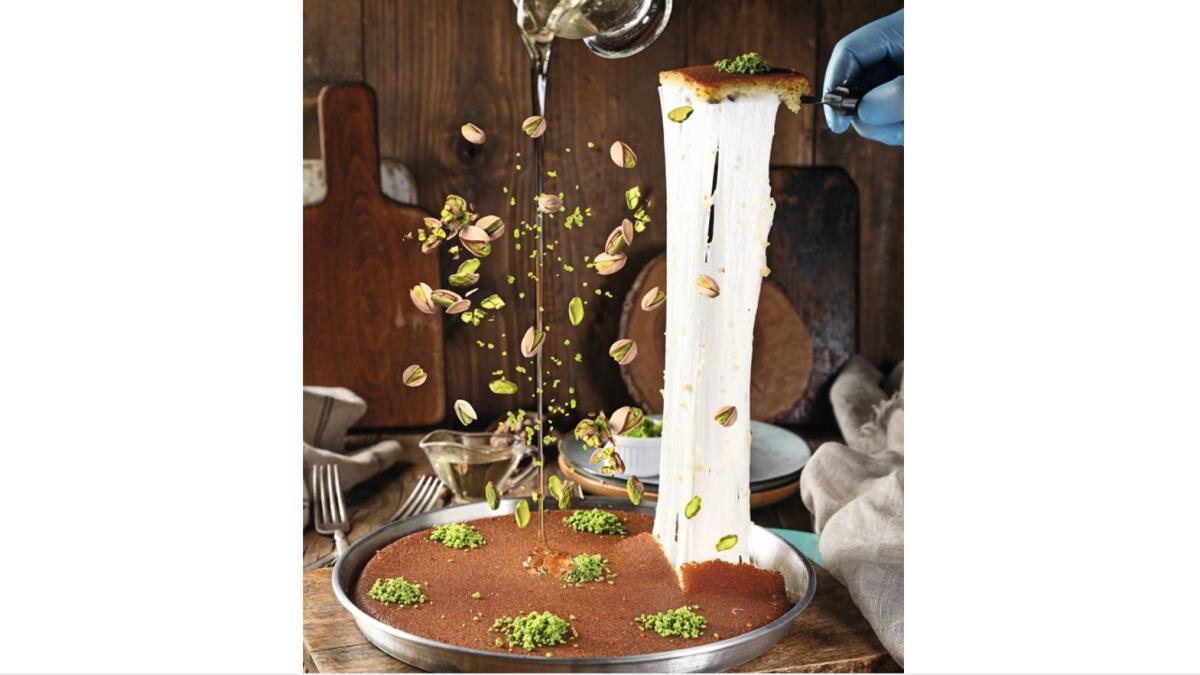 Thinking about paradise and not mentioning Kunafeh wouldn’t be justified for sweet lovers. Kunafeh is a traditional pastry made up of cheese and is soaked in hot syrup. It has a crisp exterior and is meant to be soft and melty inside. Served with cream and ice cream, this delicacy is famous in Antalya.

Another legendary delight from the country is Turkish Trilece Cake or milk cake. Trilece Cake means the three dairy products that were made from goat milk, sheep and beef milk, but you can make them at home with one type of milk, which is the usual method today.

Turkiye is one of the most beautiful countries in the world, which includes some of the most beautiful cities. The splendid city of Istanbul, with its Bosphorus bridges, majestic mosques, and rich nature, gives it a beautiful appearance. Besides that, Turkish desserts vary and are different, depending on the type of Turkish cuisine they belong to.

Another traditional dessert that is loved by all is Turkish Irmik Helvasi. It is one of the most important Ottoman desserts, consisting of semolina, and spread throughout the Ottoman Caliphate during the Ottoman period, and is now spread throughout the cities of Turkiye. Turkish Irmik helvasi is served with milk and cream, sometimes decorated with pistachios, and it is a light and delicious.

Trying to pick up your favorite dessert? All these choices are excellent and each one would burst with the flavors of the country.

The art of the cheese fondue

How to Make Chicken Katsu Sando With Tonkatsu Recipe

These Women Are Making Bread Better for Everyone