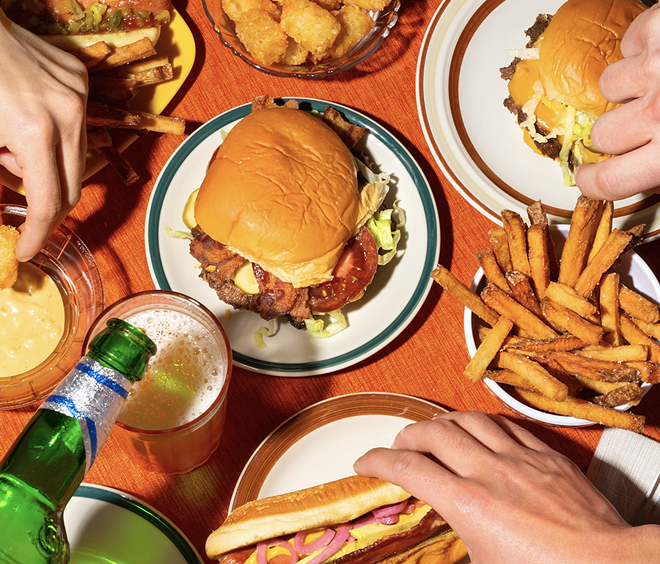 Per usual, Cincinnati’s dining scene doesn’t stay stagnant for long. Here are some recent notable restaurant openings you may have missed, plus a couple of eateries that said goodbye.

Get ready to slurp away! Japanese-style ramen restaurant Genki Ramen now has a third location in Oakley. The small chain’s newest spot opened April 18. Genki is expanding quickly, having opened its first Greater Cincinnati location in Mason in June 2020 and the second in West Chester in November 2021. Stop by any of the spots and choose from more than 10 different types of ramen — like the shio paitan, which consists of an enticing blend of chicken broth, kikurage mushrooms, bamboo shoots, fish cakes, a soft boiled egg and barbecue pork. 3200 Vandercar Way, Oakley, genkiramencincinnati.com. (Maggy McDonald)

Giminetti Baking Company is getting a new life following the announcement of its permanent closure in March after 37 years of operation. A group of local businesses — including Pompilios, KHI Food Brand and Sweet Tooth Premium Ice Cream and Candies — say that after the closure, they got together and made moves to purchase the wholesale bakery. Mike Mazzei, a co-owner of Pompilios, says in a release that next year Pompilios will be 90 years old and the restaurant has “basically been serving Giminetti’s classic Italian white bread since they got started.” He adds that once he heard previous Giminetti’s owners Jim Ciuccio and Richard Ferguson were closing up shop, “we knew we had to find a way to keep their iconic bakery alive.” Giminetti Baking, which is planned to be fully operational soon, will have a “customer-focused approach,” per the release from the owners. 2900 Gilbert Ave., Walnut Hills, giminetti.com. (MM)

A new burger joint in East Walnut Hills is sizzling with promise. Hailing from the owners of O Pie O, Heyday opened in the former pie cafe location on April 6. Owner Lou Ginocchio tells CityBeat in an email that Heyday will serve a simple menu “using high-quality ingredients with employees who get the respect they deserve.” Guests can dine in or carry out flattop-smashed burgers and a side of Heyday’s unique hand-cut, dry-cured fries. Guests also can indulge in burgers and all of the fixings in the restaurant’s dining room, patio space or across the street at The Growler House, where they can order the full Heyday menu and get it delivered to their table. 1527 Madison Road, East Walnut Hills, heyday.menu. (MM)

Covington’s Main Street — the heart of historically designated MainStrasse Village — boasts one of the best assortments of restaurants in Greater Cincinnati. A lion’s share of credit for that abundance goes to a restaurant group informally known as Otto’s Restaurant Family, helmed by MainStrasse residents Emily Wolff and Paul Weckman (Otto’s, Frida, The Standard, Larry’s). The duo opened Mama’s on Main on March 4 after renovating the space formerly occupied by Commonwealth Bistro. Mama’s folded paper menu is unpretentious, displaying a handful of offerings under each heading: Appetizers & Salads, Pastas and Entrees. The goal is to provide the neighborhood with traditional red-sauce Italian fare, starting with basic spaghetti and meatballs. Simpler dishes include popular standards such as cacio e pepe, rigatoni with vodka sauce and risotto made with artichokes and lemon. If you’d like some protein with or instead of pasta, try pork milanese, salmon piccata or chicken parmesan. Those going meat-free can enjoy eggplant parmesan. Mama’s on Main, 621 Main St., Covington, instagram.com/mamas621cov. (Pama Mitchell)

Southern-style restaurant Nolia Kitchen opened April 19, serving unique dishes inspired by chef Jeff Harris’ upbringing in New Orleans. Situated in the space formerly occupied by Please (famous for its selfie-friendly bathroom and James Beard Award-nominated chef), the dining environment is upscale yet approachable, offering a menu stacked with dishes like barbecue chicken, redfish courtbouillon and Hoppin’ John. All of the side dishes are vegan and, while you should not expect them to play ragtime or serve hurricane cocktails in novelty cups, the drink menu will truly laissez les bon temps rouler, no N? See the Eats feature in this week’s issue for more info. 1405 Clay St., Over-the-Rhine, noliakitchen.com. (Sean M. Peters)

A selection of fare available at Nolia.

Entrepreneur Candice Holloway is bringing a taste of her grandmother’s cooking to Over-the-Rhine with Soul Secrets, a Southern-style comfort food eatery. The fast-casual restaurant, which opened at the end of April, focuses on soul food with a menu that includes family-recipe fried chicken, fried fish, cornbread, collard greens, Hoppin’ John and mac and cheese, plus a selection of meat -free dishes like vegan salisbury steak and vegan pot pie. Brunch will launch this summer with shrimp and grits, chicken and waffles and more. For more than a decade, Holloway ran her own consulting firm focused on home healthcare and originally launched Soul Secrets “as a corporate catering service and way to connect with her teenage daughter,” says a release. When the pandemic hit, Holloway says she pivoted her focus away from her firm to work full-time on Soul Secrets. “We had started doing pop-ups and we were receiving so many phone calls asking if we were open because people didn’t realize we were a catering-only business. I knew it was time to open a restaurant where we could share all our family’s recipes with anyone who wanted to try them,” she says. 1434 Vine St., Over-the-Rhine, soulsecretscincy.com. (Maija Zumo)

Patrons of Cincinnati’s Hard Rock Casino now will be able to slurp some noodles in between sessions at the slot machines. The in-house YouYu Asian street food-inspired eatery opened its doors on May 3. According to a release, “YouYu offers Balinese, Korean, Taiwanese, Chinese, Japanese and Vietnamese dishes.” The menu includes sections dedicated to sushi, noodles, wok-fried items and more. Some highlights are Korean fried chicken, bulgogi fries, brisket and beef ball pho, Chinese roast duck and wok-fried tofu and broccoli. For drinks, there’s boba milk tea, Vietnamese coffee, sake and Asian beers from Lucky Buddha, Hitachino and Sapporo. YouYu’s chef is Daniel Binghak, who was born and raised in Bali, Indonesia, according to the release. Binghak, who went to culinary school in Singapore, previously worked at Masa in New York, Morimoto in Philadelphia and the Golden Nugget in Biloxi, Mississippi. Hard Rock Casino, 1000 Broadway St., Pendleton, hardrockcasinocincinnati.com. (MZ)

Fans of pinball and PBR will soon have to say goodbye to a favorite Northside haunt. Arcade Legacy announced on its Facebook page that Arcade Legacy: Bar Edition will be closing effective May 23. But it’s not all bad news. The gaming group says it has found a large space in Sharonville and will be relocating Bar Edition and its existing arcade in Cincinnati Mall into this spot. Once home to Peg’s Pub, the storefront at 2241 Crowne Point Drive “is almost exactly the square footage of the Cincy Mall and Bar Edition combined,” reads the Facebook post. “We will be keeping all business concepts when we move,” Arcade Legacy’s post continues. “We will have the admission based on all-you-can-play arcade, pinball and consoles. We will have an expanded premium pinball selection. We will have a dedicated console and event room. We will have the media store where you can buy, sell and trade. We will have food and drink. We also have some other ideas up our sleeve and will see how they pan out.” The team will build out the new Sharonville space, which was once a billiards and darts bar, in June and July, with a tentative reopening in September. arcadelegacyohio.com. (MZ)

April 13 was the last day of operation for a popular Over-the-Rhine Cincinnati chili spot. OTR Chili announced on Instagram that it was officially closing its doors. Owner Jim Cornwell wrote in the post that when his team of el set out to start OTR Chili, they wanted to create “the best Cincinnati chili possible” by using locally-sourced ingredients and working directly with Cincinnati-area farmers. He adds they also focused on creating the smallest environmental footprint as possible with their food. But fans of OTR Chili shouldn’t give up hope. “We do not believe that this is the end of the dream though,” Cornwall writes in the Instagram post, stating that his restaurant may pop up somewhere else in the city, maybe with a new name and some new faces. “We hope to see all of you again in the near future.” instagram.com/otrchili. (MM)

Send CityBeat a news or story tip or submit a calendar event.