Growing up in Cleveland, Kristina Cho spent all year looking forward to the rare and special occasions when her family would pile into the car to make the drive to cities like Chicago and Toronto. The highlight of every trip was getting to visit a Chinese bakeshop, its glass cases housing all varieties of buns, breads, and cakes—foods that were indulgent for Cho and nostalgic for her grandparents de ella, who moved to Cleveland from Hong Kong in the 1960s. These childhood visits inspired in her a lifelong love for America’s Chinese bakeries and cafés, and the treats those establishments whipped up.

In this month’s selection for the SAVEUR Cookbook Club, Mooncakes & Milk Bread, Cho teaches readers how to recreate café delights like pineapple buns and almond cookies, introducing American audiences to the flavors and techniques of Chinese-style baking. Across more than 80 recipes which she also photographed, the self-taught baker behind the blog Eat Cho Food explains how to expertly pleat dumplings, shape mooncakes without a mold, and infuse cream fillings with tea, so readers can channel the joys of Chinese bakeshops in their home kitchens.

Though Cho’s collection is replete with baked goods, not every dish requires an oven—the book also pays homage to the steamed buns, stovetop jianbing, and tea drinks that are stalwarts at cafes across the country. Many of her recipes from ella also infuse traditional Chinese bakery mainstays with uniquely American flavors, resulting in inventive recipes like Thanksgiving leftover gua bao, everything bagel bao, and bacon and kale potstickers.

Throughout Mooncakes & Milk Bread, Cho also shines a light on the very inspiration behind her book: immigrant-run Chinese bakeshops, including Eastern Bakery in San Francisco and Ray’s Cafe & Tea House in Philadelphia, sharing the stories of how these shops became fixtures in their neighborhoods. “Chinese bakeries are not something to be ‘discovered,’” writes Cho. “They are not something new and trendy, but a beautiful facet of Chinese American life. Chinese bakeries have been around for a long time and deserve time in the spotlight.” I spoke with Cho about what these places mean to the Chinese American community, how her family’s tastes influence her in the kitchen, and why Chinese-style baking is more approachable than many may think.

The following has been condensed and edited for clarity.

When did you fall in love with baking?

In middle school, I was very much into watching the Food Network and getting cookbooks out of the library, and teaching myself how to make cheesecakes or chocolate chip cookies. Those were things that my family didn’t necessarily know how to make on their own. It was the only time I ever found peace and quiet in the kitchen—because if I was like, “Oh, I’m going to make dumplings,” I would have three opinions in there, telling me I should do this or do that . But with a cheesecake, I was just by myself, forming my own opinions and techniques based on what I was reading. That’s kind of how I cultivated my own personal love of baking—because it was my own thing.

What do you remember about going to Chinese bakeshops and cafes as a child?

We had a very teeny tiny Chinatown in Cleveland, but we didn’t have a Chinese bakery for a long time. As a kid, when we would road-trip to Toronto, which had a much larger Chinatown, our trips were always book-ended by going to a Chinese bakery. It was such a strong craving. And there’s that nostalgia factor for me now—I think a lot of people have these really warm, pure memories of going to these places as children and picking a bun.

What was your go-to selection?

Everyone in my family had their favorite bun, whether it was a pineapple bun or a cocktail bun or an egg tart. My favorite growing up was always the hot dog buns. As a kid, you’re just like, “Yeah, if I can pick anything I want, I’m going to pick the one with a hot dog in it.”

Are the Chinese bakeries in America similar to ones found in China?

The Chinese bakeries that are in America are definitely modeled after the Hong Kong-style bakeshop, which my dad always describes as a Western-style bakery because it has so many influences from British culture. There’s this blending of different cultures and techniques, which are then infused with elements of the Chinese palate—things not being too sweet, different fruits and custards and stuff. That same approach is happening in America, where the offerings are constantly evolving to include different international Asian flavors. They’re definitely on the pulse of flavor trends, incorporating things like ube and matcha and experimenting with croissant dough. Obviously, America is so big, and there’s also so many different communities of Asian-Americans that these bakeries cater to. I wish I could visit some in, like, Texas, to see how maybe that Southern culture influences Chinese baking.

Why did you want to teach home bakers to recreate these bakeshop items at home?

Baking in America has been quite Eurocentric, and I wanted to allow for another facet of baking to be in the spotlight. Actually, Chinese baking isn’t necessarily so different—there are so many commonalities. One of my biggest goals was to demystify Chinese baking for the overall baking community and show people that there are a ton of similar techniques. For a lot of the classic recipes, like the pineapple buns, you do not need a single ingredient that you can’t find at a conventional grocery store in America. I think people will be surprised by how approachable it is.

Also, my hometown of Cleveland only got a single, stand-alone Chinese bakery a few years ago. Whenever I traveled home for an extended period of time, I would spend hours, if not days, dedicated to recreating my family’s favorite Chinese baked goods. I realized that this is the case for a lot of people—not everyone lives within a few blocks of an excellent bakery with fresh buns, so I wanted to teach everyone how to make their favorites at home.

Would you say baking is relatively less common in Chinese kitchens?

Home baking is not a super strong tradition yet in Chinese culture; for a long time, most households didn’t have ovens. There’s a very strong culture of cooking obviously—like, you always hear about families making dumplings when they’re all together. But baked goods were usually reserved for trips to the bakery, to get something that you can’t necessarily make yourself, and that kind of holds a special place in people’s memories. But I think now, with a lot of people dabbling in making their favorite baked goods at home, that culture will kind of change, and I think it will only strengthen people’s appreciation for these Chinese bakeries. They will understand how much labor and craft actually goes into making their favorite buns.

You mention in Mooncakes & Milk Bread that the Chinese palate tends to prefer desserts that are not cloyingly sweet. How did this influence your recipe development?

When my family would taste my baking experiments, the biggest compliment was, like, “Oh, it’s not too sweet.” In Chinese baking, sweetness often comes from natural flavors. With whipped-cream-and-fruit cakes, you rely on a lot on in-season, ripe mangoes and berries, and the sweet but complex flavors of honey. I see a lot of focus on nuts and seeds, too—sesame seeds, of course, and almonds and walnuts. I think that nutty, earthy flavor complements the subtle sweetness in buns and cakes.

Your family owned a Chinese restaurant. How did they inspire the recipes in your book?

There’s always some connection to my family in almost every recipe. The curry chicken puffs, for example, are pretty typical of Chinese bakeries, but the filling in my recipe is inspired by one of my favorite weeknight dinners that my mom makes, which is a curry chicken that’s a little sweet and has coconut milk in it . I wanted to encapsulate those flavors in the filling of this curry chicken puff. With the char siu bao, which is iconic, I tried to mimic the flavors that my grandpa put into his barbecue roast pork from him. I have a lot of memories of dinners I’ve had growing up, and I tried to subtly put them into the recipes in the book.

Why was it important to you to spotlight current bakeshops and cafés in the book?

I wanted to add a level of humanity to my book in a way, because I think I had the unique challenge of writing the first book about Chinese baking. I knew there was going to be a large audience out there that had probably never set foot into a Chinese bakery before. I wanted them to still get a sense of the culture and the amount of effort it takes to operate these establishments. In Los Angeles, Phoenix Bakery has been there since, like, the inception of Chinatown. At Fay Da in New York City, the founder’s children have stepped up to help continue the business. It was really important to tell me the stories of how these immigrant families chose baking as a career path and dedicated their lives to making really delicious baked goods that make people happy.

What is a recipe you’ll be making this Lunar New Year?

Cooking for Lunar New Year is all about symbolism and wishes of good fortune for the year ahead. My grandma makes fa gao, or prosperity cakes, every year because they blossom as they steam. The workshop they bloom and burst, the more prosperity you will have! 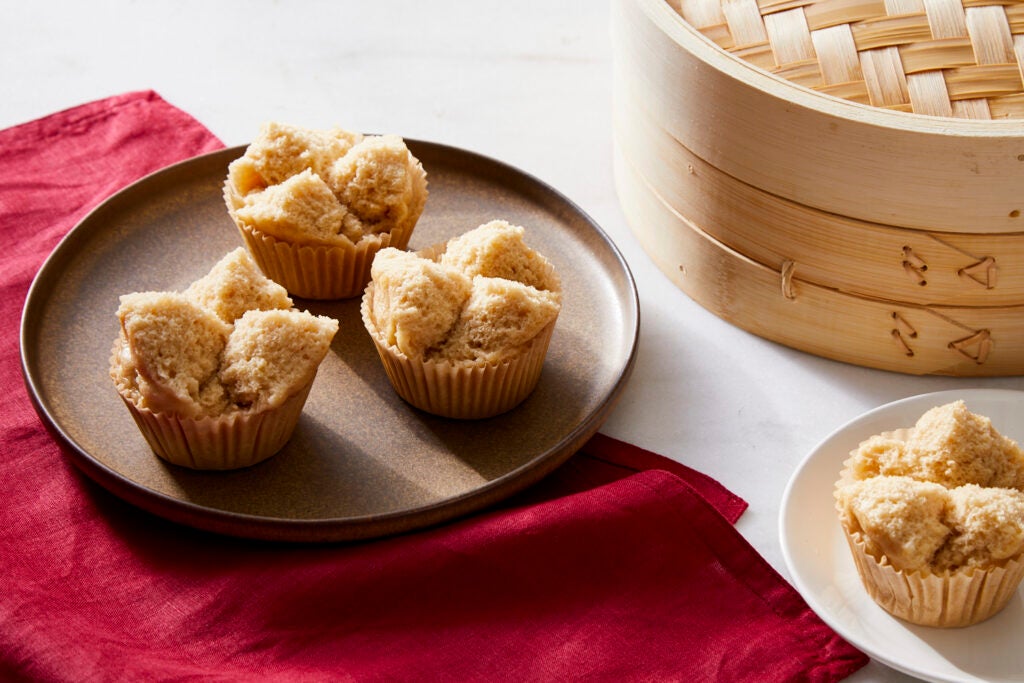 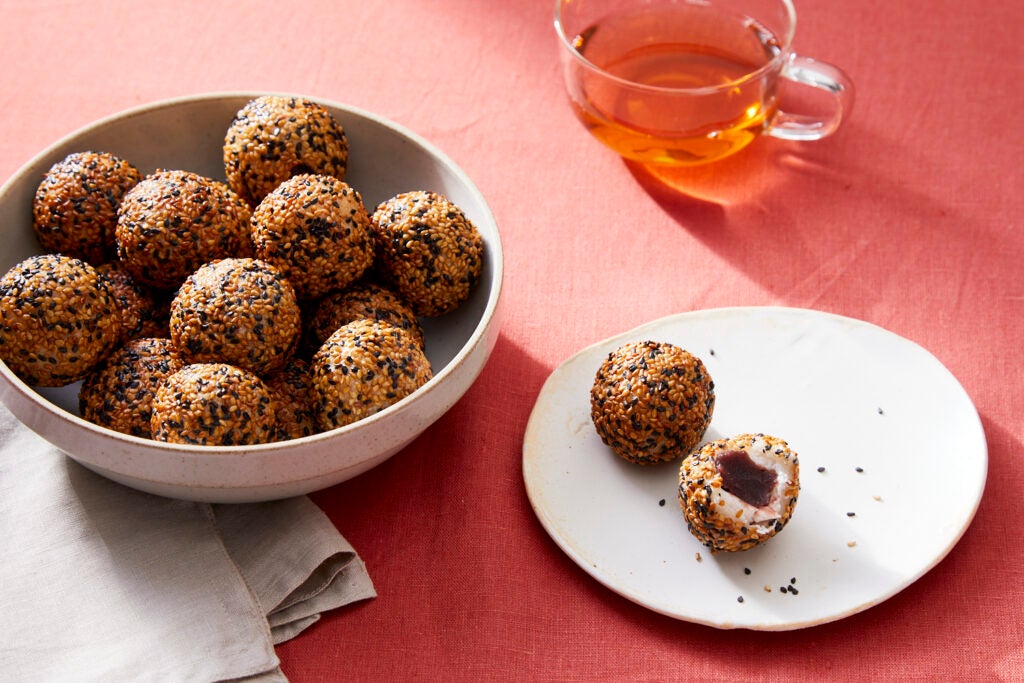 Where to Get Michelin Bib Gourmand Lunch and Brunch DC

Tony May, a Giant of Italian Food and Wine in the US, Dies