In an era of “next-level” foods, these fruit daifuku really do take it to the next level【Taste test】 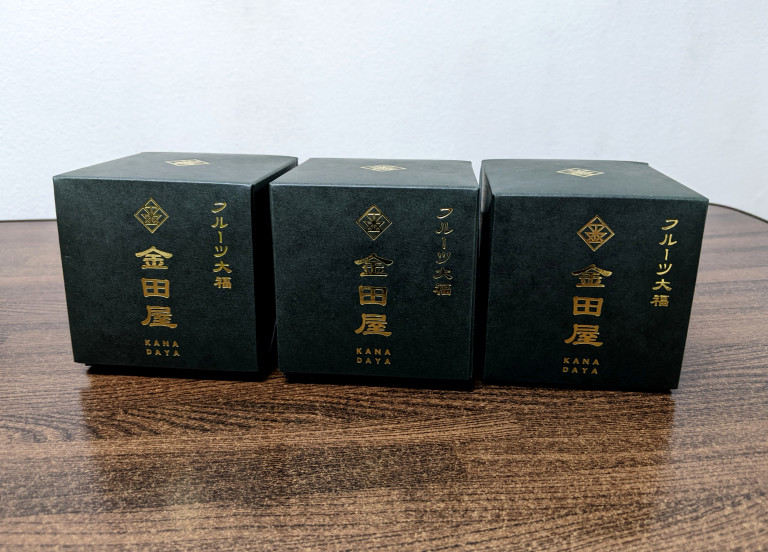 So many places claim to serve “evolved” food these days, but there are some dishes that actually deserve that description!

Our Japanese-language reporter Mr. Sato is famous for his many food-related articles, but being a food expert comes at a price. Years of reviewing unusual food means that little surprises him anymore. Not a lot is ever new and exciting; even strange canned foods are no longer guaranteed to stimulate the senses like they used to!

What’s more, these days a lot of places are promoting shinka kei food–food that has evolved in some way, whether in appearance or flavor. But for Mr. Sato, not much has truly evolved. These days, it takes a lot to make him take a step back and say, “That was new!”

None, old habits die hard. When a new restaurant opens up, especially one offering new or special food or food served in monstrous servings, Mr. Sato can’t not go check it out. That’s why, when he discovered a new sweets shop called Kanadaya that sells shinka kei fruit daifuku, or mochi stuffed with a sweet filling, he had to go order some. He wasn’t expecting to be impressed, but the fruit daifuku he got were actually something to write home about.

The shop in question opened on April 28 in the shopping center known as exitmelsa in the ritzy Tokyo neighborhood of Ginza. The shop, while selling unusual food, is in itself quite unique. The interior is basically all black and kind of fancy on the inside. You would never think it was a daifuku shop; it was more like a high-quality boutique shop.

Even the box that the daifuku came in didn’t look like a sweets package. It was absurdly fancy. Plus, Mr. Sato couldn’t figure out how to open it.

At least, not until he saw a sticker on the side sealing it closed. He peeled it off, and realized the box opened diagonally, like a jewelry box. Mr. Sato genuinely began to worry that he had accidentally bought something other than daifuku.

▼ Oh…oh!! Item was daifuku. And it was definitely shinka kei!!

Normally a fruit daifuku is a ball of mochi stuffed with fruit and anko (red bean paste), meaning the sweets are inside the mochi. But Kanadaya’s fruit daifuku had the fruit on the outside! That’s new! And super fancy. This particular fruit daifuku is the Special Select Strawberry (1,000 yen [US$7.69]).

Mr. Sato also purchased the Special Syrup Apple (800 yen). It did not look like a Japanese-style sweet at all.

Lastly, I have also got the Shibugawa Chestnut Mont Blanc (1,000 yen). To combine daifuku with Mont Blanc, a French dessert of chestnut puree squeezed into the shape of vermicelli, is pretty much unheard of. Mr. Sato couldn’t decide if he should call it a Japanese sweet or a Western sweet.

At as much as 1,000 yen each, the prices of these daifuku were themselves quite evolved, but based on how pretty they looked, Mr. Sato was inclined to think they were worth it. But how does one eat them? Dig in with a spoon?

It turned out that these daifuku were hiding a pretty big secret. Look closely at the photo. Do you see something poking out from under the fruity toppings?

It was a cardboard piece with the shop’s logo on it. Curious, Mr. Sato pulled at it, and noticed something interesting…

It served as a little spoon! It picked up the top half of the fruity topping when Mr. Sato lifted it up. It was only then that Mr. Sato noticed the top and the bottom were actually separate.

Fueled by the elation of discovery, Mr. Sato ate the top half of his daifuku, and his mouth was filled with the delicious flavor of cream cheese and strawberries.

Now he could safely eat the bottom of the daifuku, which was filled with specially made anko and topped with fresh fruit and cream cheese, offering a nice contrast of texture. It was kind of cool that this daifuku was like two desserts in one. It was, without a doubt, an evolved dish. It actually managed to surprise Mr. Sato!

Though a bit pricey, if you’re looking for a fancy dessert that will truly wow your guests, this is a great option. By the way, Mr. Sato also said that models of fruit daifuku revolve around the shop on a display at super high speeds, so if you visit, you have to take some time to watch them.

And if you happen to be in the Ginza area, we also highly recommend gorging yourself at the Starbucks buffet!