From English learner to principal, David Lee embraces both his cultures 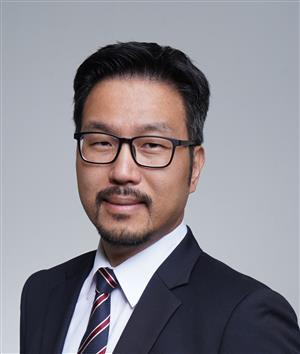 David Lee, principal at Hector Garcia Middle School, has been an educator in Dallas ISD for most of his professional career. In a district where Asian Americans make up 2.18% of the staff and 1.11% of the student population, Lee is no stranger to setting the standard and redefining what it means to walk in your own uniqueness in spaces where the majority does not look like you .

Born in Seoul, South Korea, Lee emigrated to the US with his parents and younger brother and settled in the Dallas area when he was two years old. Growing up, Lee recognized early on that he was the “minority” in all the settings of his life, at school and at work. He attempted to integrate into American society, which only led to his being ashamed of being “different” even though he was an American.

During his formative years, Lee faced obstacles such as stereotyping and racism. But as he grew up, he began to appreciate and take pride in his Korean culture and heritage of him. Recognizing that the “melting pot” of America was truly made up of various cultures, he began to take pride in identifying as both Korean and American.

One of the identifying points of Korean culture is the language, Lee says. “It’s actually quite easy to learn to read, write, and speak Korean.” He notes that authors Edwin O. Reischauer and John K. Fairbank of Harvard wrote in their book, East Asia: The Great Tradition, that Hangul, the Korean language, “is perhaps the most scientific system of writing in general use in any country.”

“So the next time you meet someone Korean, try to say hello: ‘Ahn young ha she yo,‘” he says.

Lee’s parents made sure that he and his brother did not forget their culture while living in a new and different culture from their own: “They made sure I did not lose my native tongue. And the part of the Korean culture that had the biggest influence on me was the food. Korean food is unique in that there are numerous side dishes to go along with a meal – a bowl of rice, a soup, and various meats such as fish, pork, and beef. Also, I remember on special occasions, such as Lunar New Year celebrations, wearing traditional Korean clothes called hanbok.’”

Continuing in the path his parents set for him, Lee has ensured that his daughters learn about and celebrate their Korean culture by taking Korean classes on Saturdays and becoming fluent in both Korean and English, embracing both their Korean and American identities.

Even though Lee encountered setbacks to the forging of his authentic self, he had wonderful people and opportunities helping him navigate toward the man he would become. The first were his parents of him.

Lee is extremely proud of his father, a civil engineer, and his mother, a homemaker, who left their home in Korea to come to America in the early ’80s, not knowing any English and facing difficulties their son can only imagine. To survive in a country where they could not communicate due to the language barrier, they both worked as custodians in office spaces. His parents continually stressed to him the importance of a good education and instilled in him that learning is a priority, along with hard work, grit, and perseverance.

In addition, Lee says he had amazing teachers who believed in him and supported him. Starting as an ESL student in primary school, learning how to read and understand American culture, he progressed to taking honors classes in middle school, and eventually dual-credit and AP courses in high school. The love of his parents for him and support of his teachers for him led to his receiving the Presidential Scholarship to attend Baylor University.

Graduating from Baylor presented an opportunity for Lee to begin walking in his passion for teaching, which had been sparked when he was tutoring others in high school, leading Bible study and volunteering at schools.

Lee embraced his calling and decided to “take a leap into being an official teacher” by teaching at an international school in South Korea. As he saw it, what better way to do what he loved and learn more about his heritage from him? After teaching for several years there, Lee knew it was time to come home, and he took the next big opportunity that presented itself – becoming a science teacher in Dallas ISD.

His success as a science teacher for four years at Roosevelt High School led to his principal encouraging him to step into more leadership roles. Although he was hesitant to do so because of his love for teaching, his principal helped him overcome his reservations, saying: “As a teacher you can only ensure the success of the students in your classes, but as a school leader, you can affect the success of the whole school.”

Lee then began a new career path – going from being an instructional coach at Roosevelt High School, to a grant coordinator at New Tech High School, to an assistant principal at Kimball High School, and eventually to his current “service,” as he lovingly calls it, as principal of Hector P. Garcia Middle School.

Watching the courage and tenacity of his parents in emigrating to a new country and seeing them not only survive but thrive in their new circumstances made him more empathetic toward second language learners – as a science teacher and now an administrator.

Lee considers it an honor to be principal of Hector P. Garcia Middle School, and says, “When I look at our students, I see myself in each of them. Being an English language learner will not limit one’s ability to succeed. I try to give all of our students a vision of what they can achieve, a vision of what they can be through hard work. I want them to be able to believe in the potential I see in each of them.”