Situated a mere 50 kilometers inland from the buzz of Napoli and the attractions of the Amalfi coast, the Sannio region of Campania remains relatively unknown to Japanese travelers. But this may be changing as the region’s long history of wine production is finally gaining international recognition, and with it a new legion of wine fans.

Sannio’s wines were recently in the spotlight at a masterclass tasting event held at the Tokyo American Club. Samples from a wide range of Sannio’s large and small scale producers were on offer for the first time to a select group of industry experts.

Centered on the historic city of Benevento, the Sannio region boasts more than 60 different wine types and 8,000 wine growers, including large cooperative cellars. While the wines from Sannio’s neighbors such as Taurasi and Fiona di Avellini have garnered more praise historically, local producers have been focusing on Falanghina, a delightful dry white varietal, and Aglianico, a robust medium-bodied red grown primarily on the slopes of Mount Taburno .

Promotion for the region has increased of late due in large part to the efforts of the Sannio Consortium, originally founded in 1999. The group supports the area’s viticulture and promotes the region’s local producers, big and small, helping to forge links to international markets. These efforts are part of a larger plan to increase tourism in the region with a focus on wine, slow food and introducing the world to the area’s natural diversity. “Compared to its more famous neighbors, Sannio offers tremendous dining and accommodation value for the traveler,” declares Consortium president Libero Rillo. 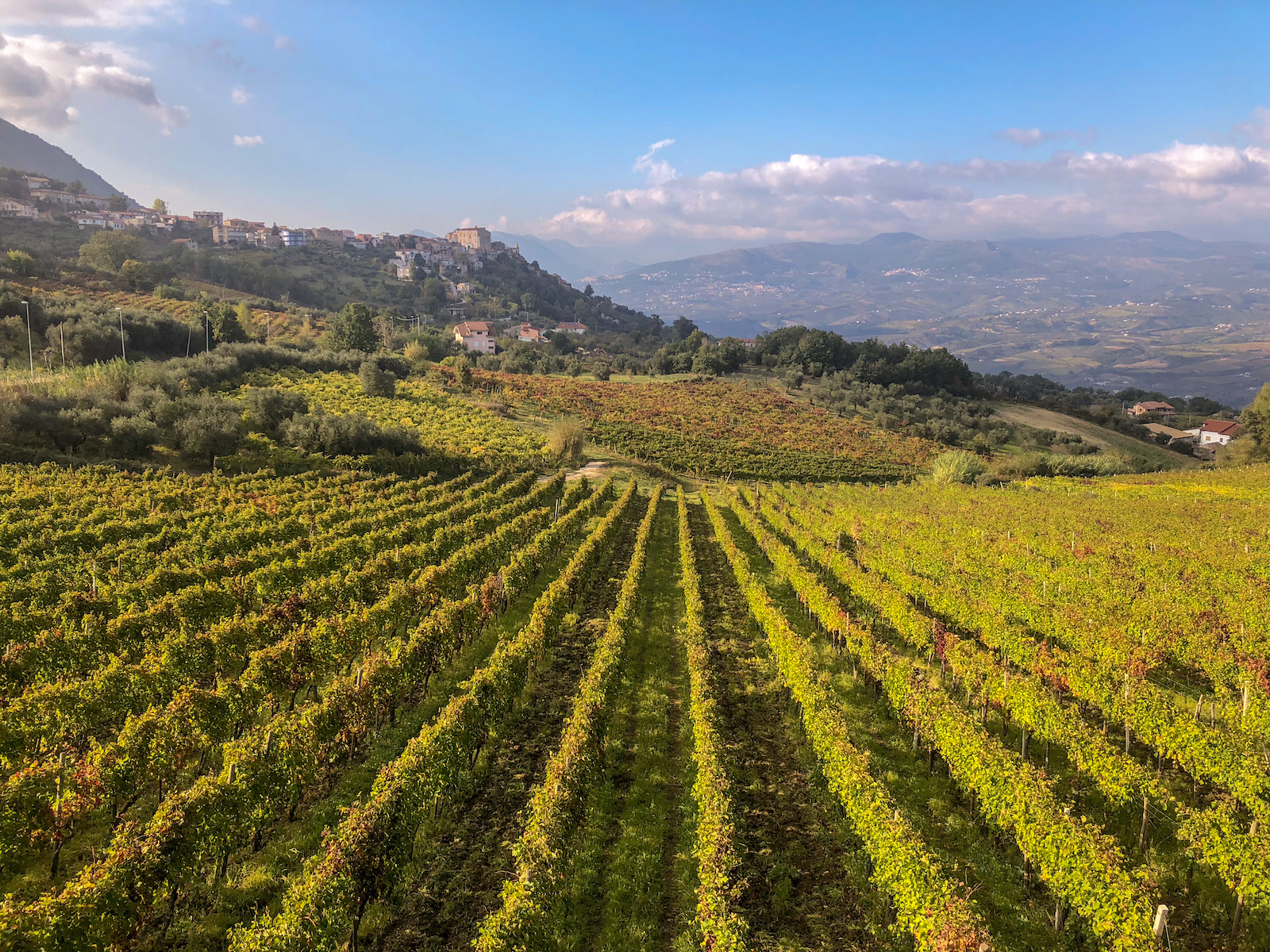 Sannio sits in the shadow of Mount Vesuvius, whose ashes play and important part in the volcanic nature of the soil. The landscape itself is defined by viticulture and the protection of the environment is strongly connected to the economic future and sustainability of the region. The province is currently applying for UNESCO geopark status for Mount Taburno and Massif of Matese. This would not only protect an important area of ​​biodiversity, but it would also open the door to wine-focused agritourism. “There are few places in Italy that offer so much diversity in such a compact area,” states Rillo. The region is also home to some very attractive towns such as Sant’Agata dei Goti, where one can enjoy a glass of Falanghina in the ancient cellars of the family-run Mustilli winery, which also hosts a restaurant and small hotel on the premises.

Although the region experienced economic decline after World War II, this was actually a blessing in disguise since most farmers did not have the means to pull out their “old” vines and replant with more profitable ones such as Merlot or Cabernet Sauvignon. As a result, Sannio is home to an astonishingly large number of native varietals. By far the most widely planted one is Falanghina. With its pleasant acidity, minerality and aromatic complexity, this wine is perfectly adapted to current wine trends. Falanghina del Sannio DOC covers a vast area of ​​Benevento province, producing 80% of all Falanghina grown in southern Italy. The vineyards elevation range from 350-500 meters which plays an important part in the characteristic vibrancy and freshness of the wine.

Rillo, who also operates one of the top performing wineries in Sannio, Fontanavechia, explains that this wine pairs extremely well with Japanese food, particularly with fish dishes. “What is exceptional about this wine is the depth of character that follows the initial freshness,” he says. Some other well known wineries for Falanghina include Ocone and La Guardiense whose Janare Falanghina del Sannio has been well received.

Aglianico del Taburno, the king of reds in the region, has been cultivated for centuries around Mount Taburno and exhibits different characteristics from the more familiar nearby Taurasi and Volturi wines. The tannins generally become more balanced at a younger age and stand up nicely to the rustic cuisine of the region. They are known for their long and structured velvety finish. Some of the Aglianico vineyards are very old with a few over 200 years and planted well before the phylloxera epidemic destroyed so many vineyards in the 19th century. Rillo produces one of the best known Aglianico’s, Vigna Cataratte, a 100% Aglianico aged in French oak for 18 months.

The consortium plans to continue efforts to promote their wines not only in Japan but in the Asian Pacific region as well. Rillo added, “Ensuring the excellent quality of the local wines is one of our main goals but the greater picture is contributing to the economic and cultural future of the region”. With such a wealth of wine and history, and a location well situated in the center of the Italian “boot”, Sannio is poised to be on the map of traveler and wine lover alike.

Sannio wines are available at https://search.rakuten.co.jp/search/mall/Sannio/100317/