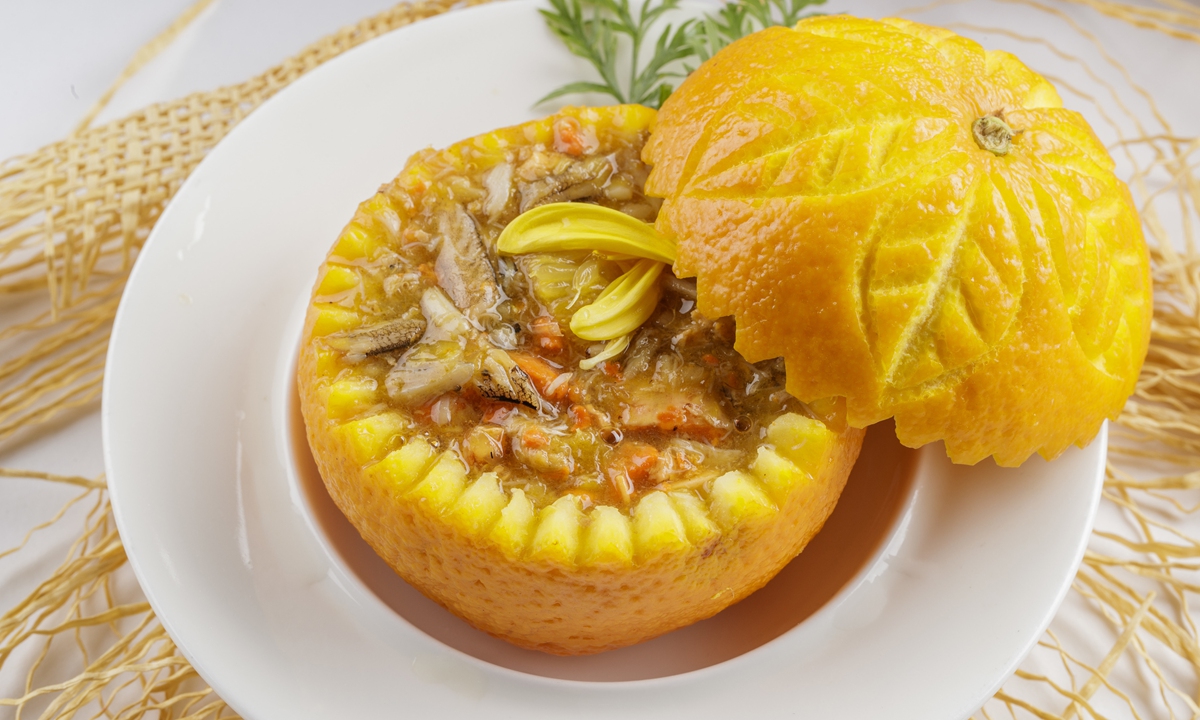 Ancient books are not only treasure houses for ancient thoughts and the crystallization of the wisdom of sages, but also important carriers of the inheritance of a civilization and the collective memory of a nation. Understanding this importance, the Chinese central government recently issued a set of guidelines focusing on strengthening the preservation and publication of ancient books. As the saying goes, “the best way to keep something alive is to make it part of people’s daily lives.” Here, the Global Times talk with several people who are currently working to come up with innovative ways to bring China’s ancient works into the lives of readers today.

What did ancient Chinese people eat thousands of years ago, especially the imperial family? Did the dishes they made taste better than ours today?

Motivated by a strong sense of curiosity, two young librarians from the Nanjing Library in East China’s Jiangsu Province came up with the idea to recreate dishes recorded in old books in the library’s collection. They finally settled on the work Suiyuan Shidan, or Recipes from Sui Garden, written by the well-known writer and gastronome Yuan Mei during the Qing Dynasty (1644-1911).

Capitalizing on an opportunity

“When the COVID-19 epidemic broke out in 2020, our library’s offline activities had to be suspended, so we thought that it was a good opportunity to try to make some short videos about the dishes of our ancestors for people quarantining at home,” 33-year-old librarian Shi Xingyu told the Global Times.

Shi explained that the reason they picked Recipes from Sui Garden rather than other ancient books is that it is both very famous and was written relatively recently – the work was originally published in 1792. Additionally, Yuan wrote the book in Nanjing, which gave it a more personal connection with the library.

“Yuan Mei recorded more than 300 dishes in Recipes from Sui Garden, but we preferred to pick the dishes that had detailed introductions and were cheap and easy to find ingredients. Also, we wanted to recreate dishes that had some interesting stories,” she said .

“A good story definitely adds points to a dish. It will taste better because of the history,” she noted, pointing to a dish made from tofu as an example.

According to Recipes from Sui Garden, an official surnamed Xu was awarded a tofu dish recipe from the Kangxi Emperor (Reign:1661-1722). But when Xu went to the imperial kitchen, he found he had to pay 1,000 taels of silver as a bribe to ensure he got the correct recipe from the cook. This hefty sum indicated that this imperial dish must have been very delicious.

Shi and her colleague Han Chao enjoyed cooking in their daily lives and this experience helped them estimate how a dish would taste as they were looking for candidates. However, sometimes there were awkward moments when the dish they cooked ended up not being quite how they thought it would be.

One dish’s introduction didn’t have too many details. It mentioned cutting pork slices very thinly and using shrimp soup to simmer them, but they encountered a problem: What to do with the shrimp after making the soup?

To ensure the flavor of the dish, the two cooks decided to use a cooking method popular in East China’s Zhejiang Province, taking a hammer to flatten the meat and shrimp together.

“We spent a long time hammering the shrimp and meat and then covered them in a lot of starch – but the results were less than ideal,” laughed Shi.

Since the summer of 2020, Shi and Han have co-launched two programs a year, one during the winter break and the other during summer school break, through the library’s official WeChat account. So far they have recreated a total of eight dishes from Recipes from Sui Garden, with each video easily earning millions of views.

The duo had no idea when they started out that they would attract so many viewers or stir up so much interest in ancient cooking that it would become a hot trend online. Now, Chinese vloggers are earning followers by digging deeper into ancient cuisine and sharing the results on social media both in China and abroad.

Besides non-fiction works, many vloggers have decided to recreate dishes from famous works of literature such as Dream of the Red Chamber, one of China’s Four Great Classic Novels, or poetry from the famous Northern Song Dynasty (960-1127) poet Su Shi . The National Library of China in Beijing has also launched a series of videos to introduce how to make an imperial feast from the Song Dynasty (960-1279).

Zhang Yiwu, a professor of cultural studies at Beijing’s Peking University, told the Global Times that China’s soft power is rooted in its excellent traditional culture, especially the concepts found in ancient books.

The cultural wave drawing inspiration from ancient books shows that the public has a strong interest in traditional Chinese culture. It is also a way to improve people’s quality of life.

“People are including the aesthetic spirit of our ancestors in their daily diet. This is one successful example of how to make ancient books come alive,” Zhang noted.